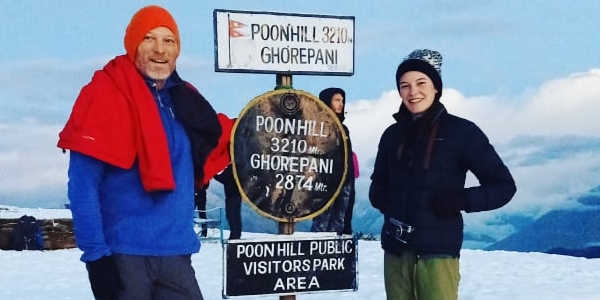 Annapurna Base CampTrek  is one of the famous trek among all treks in Nepal. Autumn and Spring are the best time to visit Annapurna Base Camp Trek . Most of the time trekker trek from Nayapul about 40 kilometers northwest from Pokhara to Ghorepani. The nostalgic viewpoint of Poon Hill is seen. Then thought it you can take east to Chhomrong and turn to North and it leads to Annapurna Base Camp. It is surrounded by colorful flowers, a clean sky with beautiful hills and mountains.

Annapurna Base Camp trek is done every year. But the difference is in weather conditions each season has its own beauty over trails. So, you can choose when to go trekking according to weather conditions. The Best season to go trek is in Spring and Autumn respectively.

Annapurna Base Camp Trek in Spring

It is well known as the best season to trek Annapurna Base Camp. March, April, and May are categorized in this season. The colorful wildflowers like rhododendrons and a clear blue sky with beautiful hills and mountains are seen during this period. The average temperature during an early march is 10 degrees Celsius at lower altitudes and bit cooler at higher altitudes. So, you need to carry warm clothes during the early march.

May is considered the hottest month among others, the temperature rises to 22 degrees Celsius at a lower altitude. So you need to carry layered clothes so that you can interchange clothes during trails.

But during night time temperature falls around -5 degrees Celsius.

During this season you will see a large number of trekkers and travelers on trails. This season is best to trek higher peak around Annapurna Base Camp.

-You can go high pass rage during the trek

-Can see colorful flowers with crystal clean sky and mountains

-During the trek, you will get hot and sweaty

-No peaceful vibe during trails

Annapurna Base Camp trek in Autumn

It is the best season among all season. September, October, and November fall in this season. At these months trekkers trek many times than others. Early September you may catch with rain, the average temperature is around 18 to 4 degrees Celsius. The higher reach of the trek Thorong La Pass(5416m)temperature drops to -4 degrees Celsius during the daytime. During your trails, you can see clean and crystal clear sky and green hills everywhere.

October and November are considered as best month among all. During this month you can see a clear landscape view and colorful flowers. The trails will be also easy to walk due to sunny weather. The temperature of lower altitude os about 15 degrees Celsius. A higher altitude is bit cooler than a lower altitude. Therefore you need to carry warm clothes. This is the best time to see stunning mountain views and no need to worry about rainfall during trails. During night time you can see the dazzling night with multiple stars and the glazing Himalayas.

-many trekkers will be in trails, the solo trekker will be safe

-Accommodation needs to be pre-booked quickly

-trails will be not peaceful

Annapurna Base Camp trek in Summer(Monsoon)

Summer season can be described as a rainy season. June, July and August are the months of this season. In July, you gonna feel heavy rainfall than other months. The average temperature is about 16 to 30 degrees Celsius. In higher altitude, the temperature is about -4 degrees Celsius. Due to heavy rainfall clouds may block the views of mountains and trails will be wet and slippery.

You need to carry proper rain gear so that you can be safe throng insects like mosquito and leches. This season is not so safety than other seasons because on trails there may be disasters like landslide and erosion block of trails. In August, the temperature will increase to 30 degrees Celsius. The rain won’t stop so you need to be prepare and carry rain gear and tools.

-you may get attack from insects like mosquito and leches

Annapurna Base Camp trek in winter

During the daytime, the average temperature is 10 to 5 degrees Celsius. And during nighttime, it is about -5 degrees Celsius. Due to cool weather snowfall can be seen at any time. the trails will be difficult to walk so you need to carry winter gear to tackle it. The views of mountains and colorful flowers cannot be seen during this period. Above 4000m it is much cooler weather and keeps on falling heavy snowfall. Since there will be fewer trekkers, you need to tackle the situation by yourself. It is better for those who enjoy solitude with nature and also the prices are low than in other seasons.

We hope you will get ideas about best time to visit Annapurna Base Camp from this blog. If you have any queries about, please feel free to contact us!