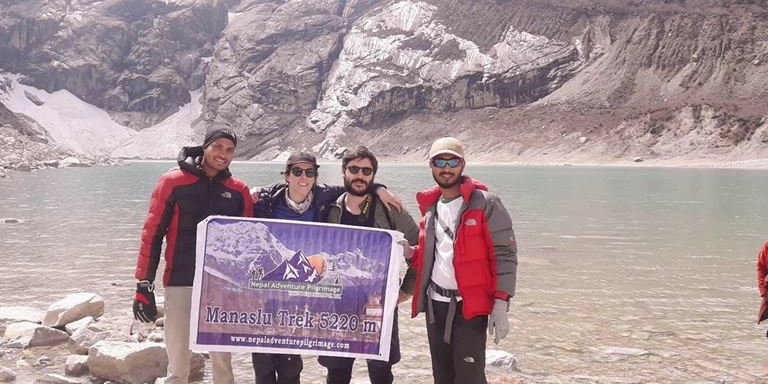 Trekking in Nepal in August

Nepal is possible to trek all around the year due to its unique geography, landscape, and climate. Trekkers from the entire globe come to Nepal to visit and go trek respectively. The best season for trekkers to trek the Himalayas of Nepal is Spring and Autumn season. Trekking in Nepal in August is the best time to explore and experience the stunning travel destination in Nepal.

August falls in the Monsoon season, it brings rain, humidity and increases the temperature in all parts of Nepal. Due to continuous rainfall, views of mountains and greenery hills may be covered by clouds. The average temperature during daytime is around 28 degrees Celsius and at night time the temperature is around 19 degrees Celsius. The best trekking areas during August are Upper Manang, Upper Mustang, and Dolpo. In the Annapurna region of north-central Nepal has less rainfall than other parts of the country. It is great for low altitude trekking and short treks hiking.

Weather Condition of August in Nepal

Monsoon season is not a peak season, most of the trails will be closed due to disaster like a landslide. But there are some trails that can be easily done and comfortably during August.

Upper Mustang lies on the northern side of Anapurna. The trek starts from Jomsom with a scenic flight from Pokhara. It will lead you to the Upper Mustang Valley. It is the last upholder of Tibetan culture in Nepal. In Upper Mustang, you can witness the perfect blend of cultural elements and surreal landscapes. Throughout the trails, you can spot many hidden caves and artistic monasteries. The ancient heritage known as Lo Manthang is the capital of Upper Mustang. It is an old town with beautiful monasteries build before the 15th century and surrounded by a huge town wall. The best time for trekking in this area is fro May to October. You can also trek in August as well.

Upper Dolpo is one of the longest treks in Nepal and it lies in a remote part of Nepal. The treks take you far from the crowd of the city areas to a region with serene Nepali villages, historical monasteries, and captivating cliffs in the region. Trek starts from Juphal, you can witness bushing rhododendron forests, pine, and oak. The northern part of Dolpo is known as Upper Dolpo. It will be an amazing adventure trip in August. You will return by crossing La to the major Dolpo settlement of Saldang and the Jeng La eventually reaching Dho Tarap. You can explore and learn about the cultures and traditions of locals. August is the best month for trekking in the region as it lies in the rain shadow area.

Everest Base Camp Trek is one of the popular treks in Nepal. During the month of August, trekking in the high region will be the best place because it receives a significantly low amount of rainfall compared to the low region. You can witness gorgeous mountains and picturesque villages and mountains such as Everest, Cho Oyu, Makalu, and Abu Dablam can be visible. The Everest region is the home to Tengboche Monastery. Many people living in this region are Buddhist and get the blessing from the Lama of the monastery.

Tips in Nepal in August

During August, you need to carry proper rain gear in the higher region and carry an umbrella in the lower region.

During your trails, you may encounter leeches and mosquitoes. So, you should carry insect repellents and necessary kits.

You need to start your trekking early so that you can reach your destination before dusk.

Carry extra dry clothes in a waterproof backpack so that you can keep your gear dry.

We hope you will get ideas about Trekking in Nepal in August from this blog. If you have any queries about it, please feel free to contact us!